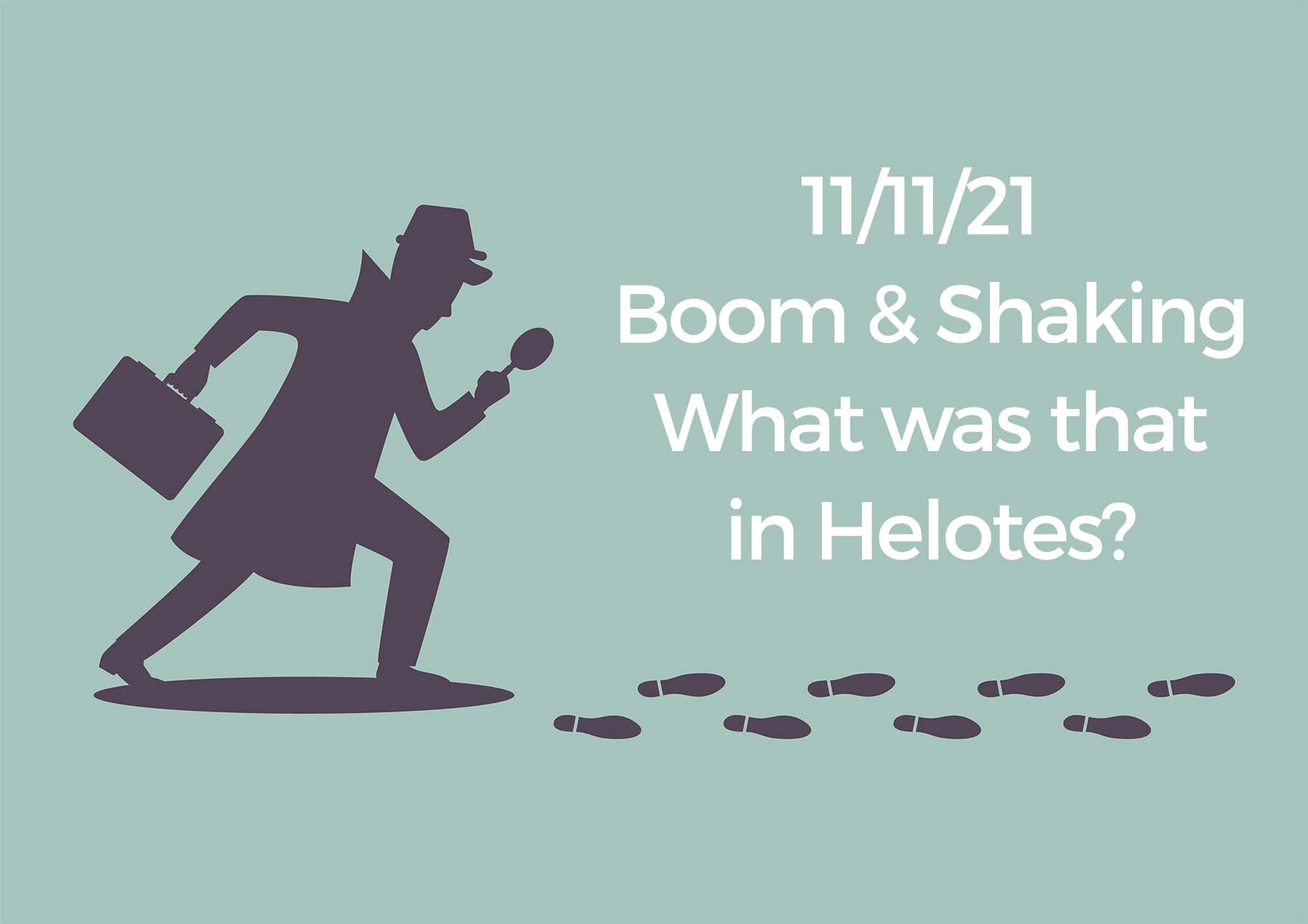 Around 12:30 PM CST a large boom was heard, and homes shook. The epicenter appears to be between Helotes Park Estates and Cedar Springs neighborhoods with the event being felt by residents outside of Helotes according to social media comments.

Most comments alluded to possible blasting at the local quarry, but noted the event was not what they usually experience.

Helotes News LLC owner Matt McCrossen heard and felt the boom and shaking that lasted less than 2 seconds. Of note, the shaking or shockwave noticeably radiated downwards from the roof to the ground. There is no guess on the direction the sound came from.

Shortly after the event, Matt McCrossen spoke with Helotes Dispatch Center to see if anyone reported the same event. At that time no citizens had called in a report.

Matt spoke with a representative from the Vulcan Quarry on FM 1560, who was in the quarry at the time. The representative stated no blasting was or had happened. He added that residents would have received an automated call notification if there was.

At this time, Helotes News is awaiting responses from the 502nd Air Base Wing, Join Base San Antonio-Lackland and the Federal Aviation Administration.

“While training at Joint Base San Antonio-Camp Bullis can cause loud booms, and those can be concerning for our neighbors in San Antonio’s northwest area, all of the ranges were shut down for the holiday on Nov. 11. JBSA was not the source of the reported noise yesterday.”

Statement from the City of Helotes:

“The city has verified the sound/vibration was not caused by any blasting from the Vulcan Yard site located on Leslie/Rainbow Ridge Road. They were not conducting blasting operations yesterday. The city is trying to determine the cause of this sound/vibration.”