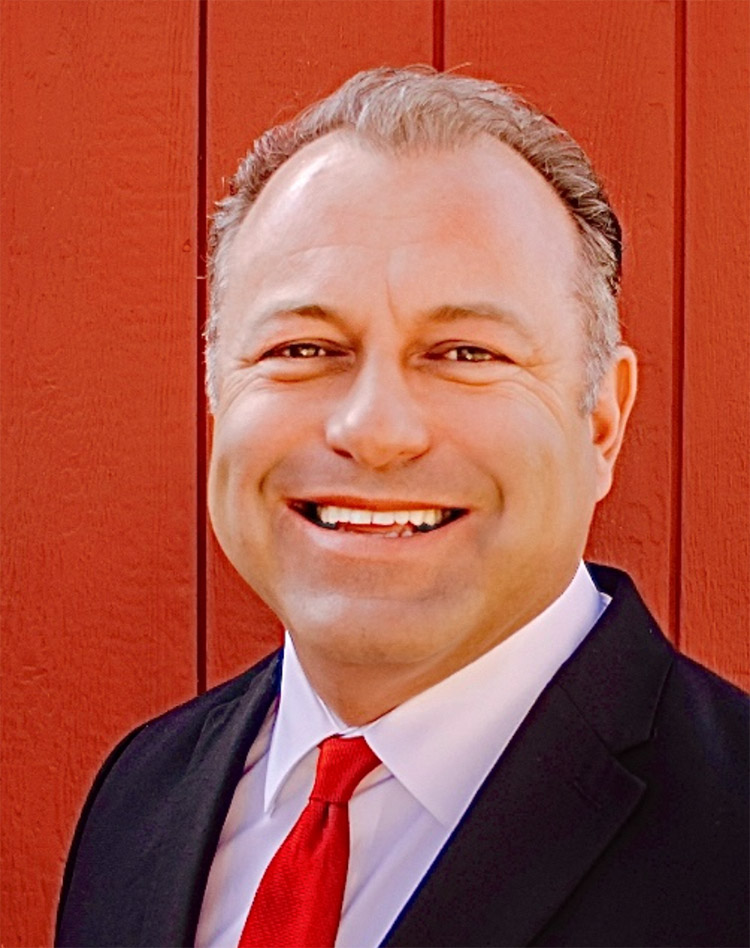 Helotes News sends interview questions to the candidates via email. Publish the interviews in the order in which we receive them. We email all candidates at the same time. Please view the Helotes News Election Center 2021 for a log of our out-going initial emails to candidates.

Helotes News:  How long have you been a resident of Helotes?

Helotes News:  What do you enjoy about Helotes?

Rich Whitehead:  I love the small town feel and being able to recognize people in every store I walk into.  I grew up in a really small farm town where everybody knew everybody, and it gave you a sense of security knowing that everyone was watching out for everyone.  Helotes is a much larger town than where I grew up, but it’s the same safe and comfortable feeling.

Helotes News:  Are you currently employed? If yes, with whom?

Rich Whitehead:  I have been employed by the San Antonio Fire Department for 16 years.  I currently have the rank of Captain and work at one of the busiest fire stations of San Antonio.

Helotes News:  If you are not employed, are you retired, a business owner or financially independent?

Rich Whitehead:  I am also a small business owner.  I am an independent licensed Life and Health insurance agent registered with the State of Texas.

Helotes News:  What is/was your professional background before you were added to the ballot?

Rich Whitehead:  My professional experience began in 1992 when I worked for a consumer finance company.  In 1997 I completed my MBA in International Business Consulting from Clarkson University where I also served on a 17 county Economic Development Agency as well as ran the Canadian-US Business Consulting Service.  Upon moving to San Antonio in 1997, I was the CFO of a construction company where I handled all financial matters, employee benefits, and project management.  In 2004 I had the pleasure of following my father’s and grandfather’s footsteps as firefighters by joining the SAFD.  My professional development continued with the San Antonio Professional Fire Fighters Association where I served 9 years as a Trustee, 4 years work with the legislative committee, and finally on the arbitration committee for contract negotiations.  From 2007-2011 I was elected to 2 terms as a Helotes City Councilman were I was the liaison for public safety, worked to complete the building of our new Police and Fire Stations, served on the Master Plan Committee, and championed the needs and concerns of the community including fighting for the Senior Citizen property tax freeze.

Helotes News:  Tell us a few things about how you are involved in our community.

Helotes News:  What events have you attended in our city?

Helotes News:  What events do you support or think should be eliminated/reworked? Tell us why.

Rich Whitehead:  I am a big supporter of events in Helotes as they bring the community together either in celebration, recreation, or for health as in the various 5K’s that are run.  What needs to be re-worked is to reduce the massive red tape that the current administration has created that makes it so difficult the hold an event.   When I speak with the people that host an event, they all tell me the same thing:  “The city makes it so hard to have an event, its almost as if they don’t want us to have the event”(paraphrased).  Events bring out shoppers which help local businesses which brings in tax dollars for our city.  The city should find ways to make it easier to have an event rather than find ways to prevent people from wanting to come here.

Helotes News:  Do you have any ideas about adding public spaces or additional community events to Helotes?

Rich Whitehead:  I was on council when we pushed to have MarketPlace  a monthly event instead of a quarterly event.  My platform includes efforts to help maximize the use of the current venues around town whether they be large, like the Festival Grounds, or small, like the courtyards in Old Town Helotes.  I would like to see the development of small bands/coffee house artists as well as talent shows to bring about a continuous stream of local entertainment as well as larger events for seasonal entertainment.  We need variety and we have the perfect mix of venues to provide a broad range of offerings to our community and visitors.

Helotes News:  What is your primary motivation for seeking reelection/election to the office of Mayor?

Rich Whitehead:  As a fire fighter and a family man, public safety is number one for me.  I have watched Helotes lose many excellent police and fire fighters over the past 10 years due to insufficient pay.  In a world that screams “defund Police” I want to protect the luxury of LOW crime rates we enjoy in Helotes by expanding funding for public safety.  Second, I am appalled at the EXTREME financial losses from our dispatch center (which originally was created to be a profit center).   Finally, I have watched the stubborn actions of the mayor concerning a frivolous lawsuit that the city should have never been involved with that cost us $1.3 million.   These bad financial decisions add up to nearly $6 million of wasted money and is the primary reason our financial reserves are barely over 2 months instead of the 7 months of reserves we had when I left office.  I have been asked by businesses and citizens for years to run for mayor, but I didn’t feel conditions were bad enough to warrant challenging the mayor.   Unfortunately, the time has come for some much-needed changes in our government to foster financial stability, cooperation with local businesses, and an attentive ear to the citizens.

Helotes News:  As an incumbent, what is the primary argument you should be re-elected? (Not Applicable)

Helotes News:  As a challenger, what is the primary argument you should replace the incumbent Mayor?

Rich Whitehead:  I helped get the current Mayor elected.  We ran on a “Common Sense” platform.  The current mayor has done a lot of good things.  However, over the past 14 years I have been listening to the concerns of the local business owners and also watched how the Mayor treated the concerns of our residents on issues in our neighborhood and have found a consistent theme of micro-management, failed financials of certain city projects, harsh interactions between the mayor and local businesses and an overall sense of all time low morale of city employees.   I feel I will bring a fresh perspective of cooperation, encouragement, and inspiration through my management of city affairs that will restore the pride of living and working in Helotes and once again foster the joy of owning a small business as I bring back common sense to Helotes leadership.

Helotes News:  If re/elected, how will you approach your interaction with City Staff?

Rich Whitehead:  The city has many divisions each managed by a Division Head.  I want to establish an environment of accountability without micromanagement which rewards divisions for staying in budget without the fear of losing money in the following years budget for surpluses in the current year.   I want to allow my division heads to manage their department as they see fit, without the constant pressure of clearing each decision with the Mayor.  However, the accountability aspect will hold the division heads responsible for their department.  I view the office of the Mayor to be support for the divisions to address abnormal or special circumstances, assist and help with difficult adoptions of rules or regulations, and to foster a cooperative spirit between divisions to accomplish the ultimate goal:  to serve the citizens and make their interaction with the city a pleasure.

Helotes News:  If re/elected, how will you approach your duty to present agenda items to council for regularly scheduled meetings?

Rich Whitehead:  This should be a simple process without impedance from personal agendas.  Regular business items will be added as a matter of fact and in timely fashion as process dictates.  Additional new business items that council members want added will be integrated without manufactured obstacles.  I am not afraid of people with different opinions or visions, I welcome them and embrace the variety of perspectives so that the best possible outcome can emerge.  I want council members and city employees and citizens to know that their concerns and issues won’t be buried because they oppose the mayor’s ideas.

Helotes News:  How will you engage citizens for their input for issues and items you set before councilmembers, or will you?

Rich Whitehead:  I want to develop 2 public committees.  One comprised of citizens from each housing community and one comprised of business owners.  The purpose of each of these committees is to share with council what they need done in their communities and for their businesses.   I don’t want these issues to fall on deaf ears, but to be taken seriously and drive the priorities of the city.

Helotes News:  How would you describe Helotes to someone who has never visited our city?

Rich Whitehead:  Helotes is a quiet bedroom community just outside a major US city.   We are nestled at the start of the Texas Hill Country and offer the safety of a small town with the conveniences of a large city and the views of the country.  We are a community of people that cares about each other.

Rich Whitehead:  I view Helotes as a small-town that still has its charm.  That said, our charm is being eroded with what seems a never-ending stream of car washes, auto parts, and chicken stores.  I don’t fault anyone for opening whatever business they want, and I enjoy frequenting the aforementioned establishments, but I feel Helotes has missed opportunities to recruit a balanced variety of businesses that would complement what we have to offer.  We  have a unique part of town in Old Town Helotes that, even with the world-wide notoriety of Floore’s Country Store, we have maintained our identity and essence and that speaks volumes to the heart of who we are as a community.